Dmitry Pushkar, Academician of the Russian Academy of Sciences: There are studies forcing us to change our approach to the disease therapy 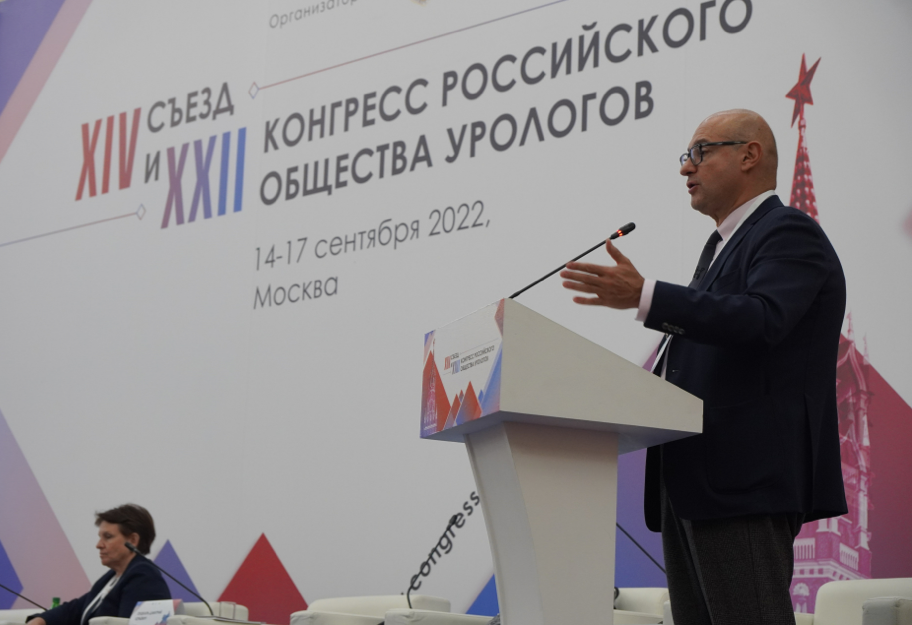 How to avoid the recurrence of urinary tract infections? Leading Russian urologists are reconsidering cystitis treatment tactics in terms of prescribing products that can maintain therapeutic effect after the antibiotic use. This issue was discussed during the XXII Congress of the Russian Society of Urology in Moscow.

Almost half of women have experienced a urinary tract infection (UTI) at least once in their lives, and 20-30% of patients have experienced recurrence. This is caused by untimely and incorrect treatment of the disease.

The most common cause of urinary tract diseases are infections. More than 3,000 UTI pathogens are known up to date. The most common one is - Escherichia coli or E. coli . In his speech, Dmitry Pushkar, the chief urologist of the Ministry of Health of the Russian Federation, professor, academician of the Russian Academy of Sciences, touched upon the problem of increasing antibiotic resistance representing a great threat to public health and is fraught with the fact that no treatment for serious infection deceases will be available soon. Therefore, the challenge now is not only to improve treatment practices, but also to avoid drug resistance.

According to Dmitry Pushkar, antibiotic therapy has so far been the main method of treating patients with UTI, but today this approach is changing, since the main physician’s task is not only to stop the acute symptoms of a urological infection, but also to prevent a recurrence. One method is to prescribe alternative substances to patients and to use antibacterial drugs only if there is a direct indication.

“If cystitis occurs for the first time, how likely is it to recur? The likelihood of recurrence is much higher today than before,” — Dmitry Pushkar notes.

Treatment tactics that use only antibiotics to fight the infection is considered to be outdated now, it is often revised in favor of additional prescription of supportive therapy.

“Studies have been carried out recently that forces us to approach the therapy of the disease differently,” — Dmitry Pushkar added. — “We are talking about the complex Uronext® product acting as a supplement and maintains the therapeutic effect of the antibacterial drug. This is a very important point”.

Experts cited data from a study examining the efficacy and safety of Uronext in 96 women aged 18-80 who were diagnosed with acute or chronic cystitis. The use of this supplement helped to significantly improve patients’ quality of life. The result was a represented by a reduced recurrence rate and a good tolerance.

“The proportion of patients who had no recurrence after three months was statistically and clinically different from the patients who received only the antibiotic treatment without any supportive therapy (77% vs. 19%). The therapeutic effect of Uronext is manifested in a significant reduction of the recurrence rate, namely, by 4 times compared to the control group. Is it not enough proof that the product has proven to be excellent and has delayed next recurrence in these women?”, — Alexander Bernikov, Candidate of Medical Science, urologist, summarized the results of the study.

Lyubov Khodyreva, professor, urologist, elaborated upon the complex behavioral prevention of recurrent urinary tract infections. Study data cited by the professor showed that explaining to a patient that lifestyle change may be helpful in reducing UTI recurrence rate by 40%.

“E. coli remains the queen of urinary infection and the main disease trigger. At the same time, the bladder contains its own microbiota and is populated by microorganisms that may also be involved in the UTI manifestation and recurrence. Thus, prophylaxis should be pathogenetic and aimed at the main factors in the development of the infectious inflammatory process: at micro- and macroorganisms”, — Lyubov Khodyreva emphasized.

According to professor, Uronext® has a systemic effect, affecting not only E. coli and the urinary tract, but the intestine and bladder microbiota as a whole. Therefore, it can play a significant role in the comprehensive prevention of recurrent urinary tract infections.

Uronext components, namely, cranberry extract, D-mannose and cholecalciferol, can prevent the bacteria penetration and reproduction, as well as influence the production of natural antimicrobial peptides in the patient. Thus, the active substances contained in cranberries have an anti-inflammatory effect. Cranberry extract is indicated to reduce the risk of recurrent urinary tract infection by 26%. D-mannose prevents bacteria from attaching to the cells of the bladder epithelium, helping to reduce the number of UTI episodes. Cholecalciferol mobilizes the body's immune forces, helping to restore the barrier function of mucous membranes.

Experts agreed that it is a comprehensive approach to the UTI treatment that allows patients not only to avoid recurrence, but also to protect against the resistance development to antibacterial drugs.

For a video of the Congress of the Russian Society of Urology 2022, click the link: