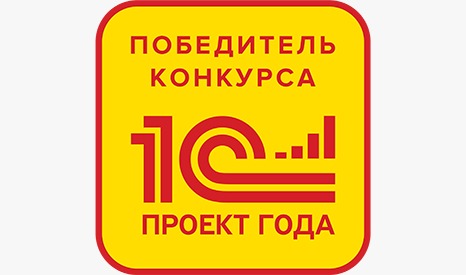 1С is one of the most famous companies on the Russian market, it specializes in the development and support of computer programs that help automate business. The 1C:Project of the Year contest is held for the sixth time to determine advanced users and partners who have achieved the greatest success in the digitalization and implementation of 1C:Enterprise 8 solutions.

More than 280 applications were submitted for the contest, of which 217 projects were qualified.

The “Digital Transformation of Petrovax, Pharmaceutical Market Leader, Based on Modern 1C:ERP system” project won in the category "The best project in the subject area”. For the company, the transition to a new system means improved tools for faster decision-making, systematization and optimization of resource expenses, both within the routine, and for further business development.

The project that secured the company’s victory was implemented by a team of highly qualified professionals for 15 months. Thanks to the leading IT staff, the transition to a new system was carried out in the shortest possible time and on the first try.

The list of winning projects by category is published at https://eawards.1c.ru/winners/.