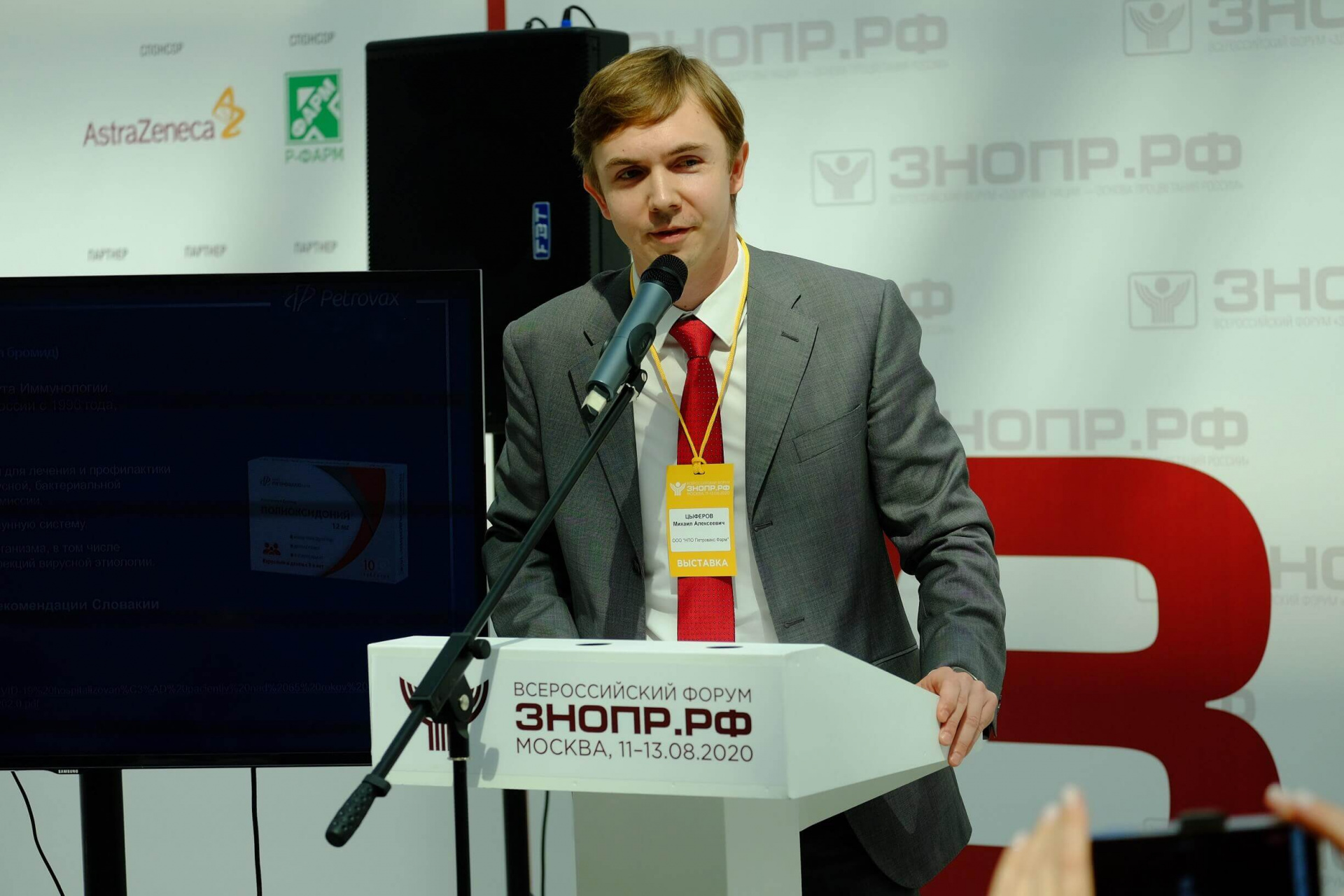 Petrovax President Mikhail Tsyferov was one of the speakers to the research-to-practice conference Occupational Health Amidst the New Challenges, which was held in Moscow on August 12 as part of the National Forum "The Nation’s Health as the Foundation for a Flourishing Russia". The central topic of this year's forum was the protection and promotion of Russian people's health amidst the new challenges.

The conference covered a wide range of issues, such as medical care availability, including that for employees of major industrial enterprises, implementation of corporate social programs during the pandemic and the necessity to observe all safety measures. The scientific and medical community was invited to discuss strategies and opportunities in the field of employee testing methodologies amidst the COVID-19, and especially their vaccination during the pandemic. Largest Russian firms, including Petrovax pharmaceutical company, shared their experience of operating in a totally new epidemiological environment. The conference was moderated by Prof.Victor Cherepov, Doctor of Medicine, Executive Vice-President of the Russian Union of Industrialists and Entrepreneurs (RSPP), Deputy Chairman of the RSPP's Coordination Board on Coronavirus Infection Response, Chairman of the RSPP's Commission on Health Industry, Honored Doctor of the Russian Federation. 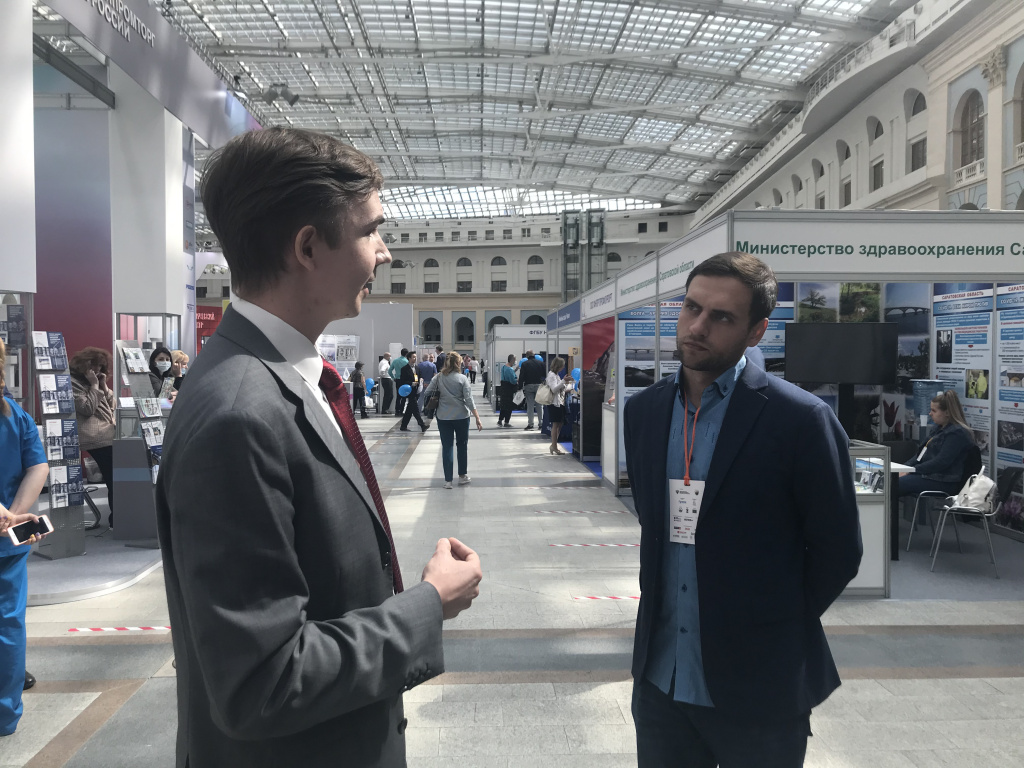 In his speech, Petrovax President Mikhail Tsyferov noted that boosting the human's immune system is one of the principles of coronavirus infection resistance. The global scientific community currently sees immunotherapy as one of the promising COVID-19 response strategies.

As early as last February, Petrovax made a point of the virus propagation in other countries, and, once it penetrated Russia, the company launched a large-scale series of clinical trials of the immunotropic medication called Polyoxidonium® in the COVID-19 context. The trial program is estimated at RUB 1 bn.

Petrovax President reminded the audience that Polyoxidonium® was a Russian development and it had been successfully applied for treatment and prevention of inflammatory infections, both in Russia and abroad, including the EU countries, for over 20 years. The medication is now being widely researched and used for treatment and prevention of COVID-19.

— Our company is carrying out a large-scale research program, which started this spring; central to this program is the international placebo-controlled trial of Polyoxidonium® for treatment of COVID-19 in in-door patients; the trial was launched in April under the WHO protocol. The trial plans to involve 454 patients fr om different countries: Russia, Brazil, Slovakia and other European countries. At present, we have 230 people enrolled for the trial". The independent international data monitoring committee has already confirmed the safety of Polyoxidonium® in treating COVID-19 patients, and the company plans to submit the data on the medication effectiveness for COVID-19 treatment this coming autumn.
Mikhail Tsyferov said

Petrovax Head emphasized that the company had launched a number of parallel observational clinical trials in order to study performance of the medication online. One of the trials involved 81 patients, of which 80% suffered a severe disease form; these patients needed oxygen support, and some of them were on mechanical lung ventilation. The preliminary results of the trial show that, in the background of taking Polyoxidonium®, the patients showed a decrease in body temperature and recovered within brief terms. It is especially important to emphasize that, despite 33% of patients being mechanically ventilated, no lethal cases were registered during the trial of the medication.

In addition to that, Mikhail Tsyferov spoke about a disease prevention research program for doctors working in the "red" zones. The doctors have already appreciated the positive effect of the medication. According to Mikhail Tsyferov, staff of 11 Russian healthcare facilities were taking Polyoxidonium® as a preventive treatment. Petrovax President announced preliminary results of a trial, which took place in Kemerovo city, to be later published in a peer-reviewed journal. The trial involves about 600 doctors. The preliminary results for 150 healthcare workers showed 0% morbidity in the group, which received Polyoxidonium®, with 12% morbidity in the group, which did not take the medication. This data suggests that the medication is effective in preventing COVID-19.

During the pandemic period, the production facilities of Petrovax never interrupted their operations and were working round-the clock. 70% of Petrovax employees received the medication as a preventive measure. The company regularly has its staff tested, and it arrived to an interesting finding: only 4% of the company employees have COVID-19 antibodies, which is 5 times lower than the statistical data for Moscow overall, wh ere the rate of people having antibodies is 21.7%. In addition, no new cases of COVID-19 were registered in Petrovax over the last 2 months.