On 09-10 April, Norilsk was the venue of the scientific and practical workshop on current issues of influenza and pneumococcal vaccination. The event sponsored by Petrovax Pharm was attended by Koba Kavteladze, Head of Norilsk Unit of Krasnoyarsk Territorial Ministry of Health; Prof. Susanna Kharit, lead immunization expert, pediatrician, infectious disease expert, Head of Infectious Disease Prevention Department at Children’s Research and Clinical Center for Infectious Diseases of the Russian Federal Medical and Biological Agency; as well as healthcare professionals, staff recruitment experts, and regional media.

The attendees learned what population groups primarily needed vaccination; whether a vaccine might cause a disease; what were the vaccination targets; what vaccines were better — local or imported; to what degree state-of-the-art vaccines were safe for adults and children. They also were familiarized with the European population vaccination experience.

A special focus was on pneumococcal and influenza vaccination as an effective and safe way to prevent infections. According to Susanna Kharit, respiratory infections are currently one of primary causes of morbidity and mortality among various population groups. Therefore, the role of a physician making the population aware about the necessity of being immunized is of primary importance.

In our city, about 90,000 residents (~50% of the population) are vaccinated against influenza on an annual basis. We receive about 70,000 shots of immunobiologicals funded from the federal budget; about 18,000 additional shots are purchased by our backbone enterprise, which increases the number of the population vaccinated. Such broad vaccination coverage creates a robust immune layer that provides for escaping influenza epidemics. At the same time, the population, including, unfortunately, young parents, is increasingly often of the opinion that preventive vaccination against infectious diseases is needless. That is why conducting educational workshops on the importance of vaccination is key in terms of creating additional awareness of healthcare professionals and the general population on new immunization trends and state-of-the-art vaccines. It is important to exclude vaccination rejection cases in order to prevent the population from dangerous infections.

It is no secret that an anti-vaccination mood becomes increasingly widespread among the population. It is our task to emotionally and with good evidence explain to healthcare providers the significance of preventing dangerous diseases. 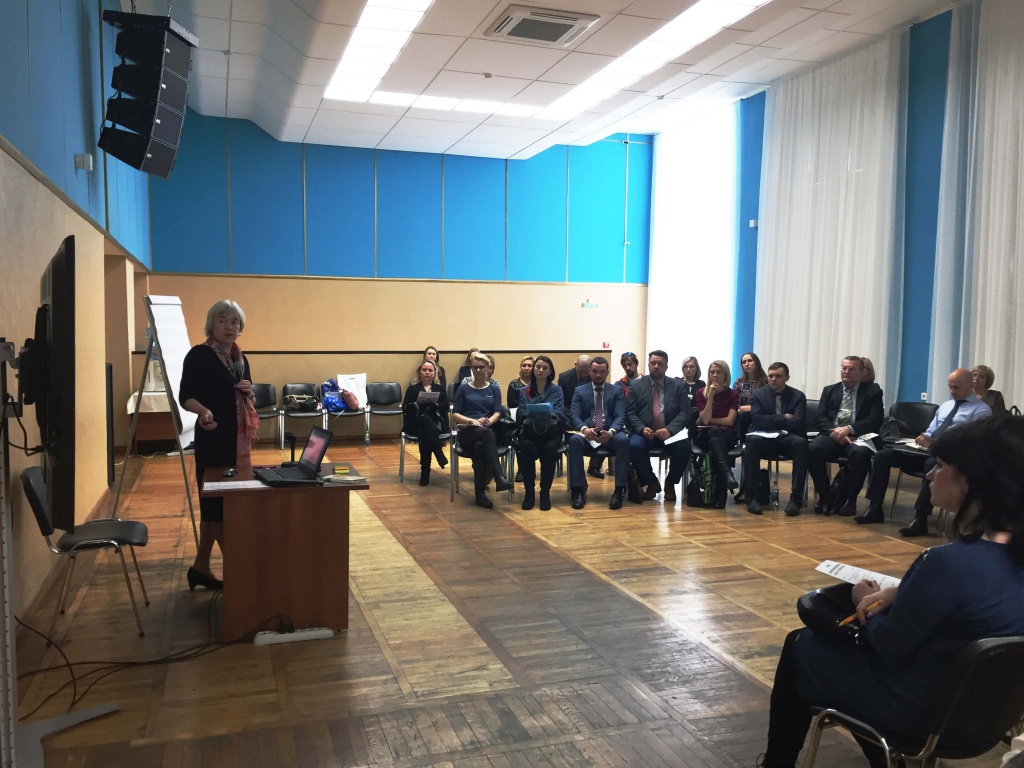 Susanna Kharit went to detail to explain the essence of pneumococcus and influenza and noted as major issues the difficulty of the treatment of infectious diseases and antibiotic-resistance in case of pneumococci. In this respect, the speaker noted that every year, WHO experts recommended that all manufacturers used a new vaccine formula and listed the relevant viral strains. All immunobiological manufacturers produce their flu vaccines taking into account the WHO guidelines.

When speaking on vaccination benefits, the expert highlighted the fact that immunization offered protection against many diseases. E.g., for children and the elderly, it is in many respects life-saving. For people aged 50+ years, vaccination provides infarction and stroke prevention as the risk of cardiovascular diseases increases 5-6-fold in case of influenza. For young children, influenza is dangerous because of exacerbations. Vaccination is mandatory for subjects with chronic diseases, too. According to the latest WHO data, up to 700,000 people worldwide die of influenza every year, primarily due to exacerbations.

Vaccines stimulate the cellular component of the immune system, i.e. ‘foster’ the immunity. Besides, more efficacious vaccines, e.g. influenza vaccines, continuously emerge in the world. Since 2012, the WHO had recommended using not only trivalent (against three influenza virus strain types) but also quadrivalent vaccines (additionally protecting against the 4th virus strain type). Until recently, state-of-the-art quadrivalent vaccines were manufactured in 5 countries only, but in 2018, the first local quadrivalent flu vaccine would be launched to the market. It has passed clinical trials, and its submission documents are currently being reviewed by the regulators.
Susanna Kharit

The expert cited the health economics study data indicating that in case of substituting a trivalent vaccine for that quadrivalent, the number of prevented influenza cases in Russia over the epidemics season would be 265,800, with prevented costs exceeding 2.5B RUB.[1][2]

All attendees remarked that the information shared by the experts was detailed and interesting as well as noted that educational events on preventive vaccination were important for all groups of Norilsk population.