Infectious diseases, including influenza and ARVI prevention, were on the agenda of the international scientific and practical conference “Current Infections in the Central Asia: Infectious Disease Management in Primary Care” held on 14-15 September in Astana (Kazakhstan).

“Children remain a major infection source for their families and adults; therefore, influenza prevention among the pediatric population is a priority morbidity and mortality reduction strategy among the general population,” noted Valery Volzhanin, PhD (Med.), Honored Doctor of the Russian Federation, Academic Secretary of Children’s Research and Clinical Center for Infectious Diseases, Federal Medical and Biological Agency of Russia. “Influenza vaccination efficacy in Russia among the children vaccinated was demonstrated in a 60–90% reduction in influenza cases, and a 30–36% reduction in acute otitis cases[1]. In 2016-2017, 38.2% of Russia’s population was vaccinated, including 54.2% of children. These figures present maximum coverage for all immunization years. Such coverage provides for a significant reduction in the number of severe and lethal disease cases.”

Manar Smagul, Director of Department for Epidemiological Monitoring of Infectious and Parasitic Diseases, Kazakhstan’s Research and Practical Center for Sanitary & Epidemiological Assessment and Monitoring, benchmarked ARVI morbidity of anti-influenza immunized population of Kazakhstan Republic in 2001-2016; she noted a steady reduction trend in the number of influenza and ARVI cases given a growing percentage of the population vaccinated. She emphasized that over the past 15 years, influenza and ARVI morbidity in the republic decreased threefold due to vaccination. The speaker went on to say that in 2016, 11.2% of Kazakhstan’s general population was vaccinated, and that it was important to continue increasing the percentage of those vaccinated.

“Influenza vaccination reduces the risk of both influenza and pneumonia,” noted Susanna Kharit, Head of Infectious Disease Prevention Department, Children’s Research and Clinical Center for Infectious Diseases, Federal Medical and Biological Agency of Russia. She spoke about a successful experience of application of Grippol® plus influenza vaccine (manufacturer: Petrovax Pharm) that has been used for 8 years in Russia, and has been used since 2016 in Kazakhstan for mass population immunization.

Susanna Kharit cited the data as follows: in Russia, a post-approval clinical observation of Grippol® plus in children aged 3-17 years confirmed the vaccine’s safety, which provides for recommending its wide application in pediatric practice. Among the children vaccinated, influenza morbidity decreases 4.7-fold, and the number of ARVI cases goes down 1.4-fold[5].

Professor of epidemiology Saken Amireyev, MD, academician of Kazakhstan’s Academy of Sciences – Clinical and Fundamental Medicine, presented findings of a comparative, retrospective, epidemiological study conducted in 2015-2016 on clinical application of Grippol® plus in adults in Kazakhstan. During the study, the vaccine showed both efficacy and high safety profile. “Grippol® plus may be recommended as an agent of choice in immunization practice in Kazakhstan,” concluded Saken Amireyev.

The experts emphasized the doctor’s important role in population relations aimed at building awareness on vaccination benefits; they called on healthcare workers to provide for promoting influenza vaccination communications.

Petrovax Pharm that heavily exports its products to Kazakhstan was a partner of the international scientific and practical conference “Current Infections in the Central Asia”. The company presented its proprietary immunobiologicals, in particular Polyoxidonium (an immunomodulating, anti-oxidative, and detoxifying agent), Longidaza (an enzyme), and Grippol® plus (an influenza vaccine). The company supplied more than 2M doses of the vaccine to immunize Kazakhstan’s population in this epidemic season. 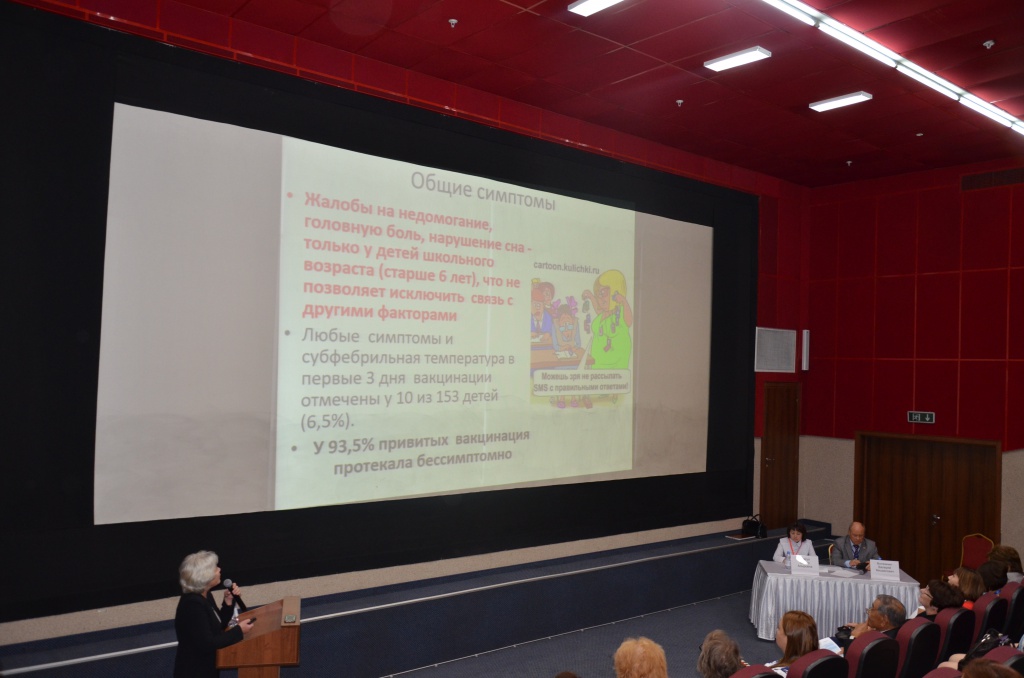 
[3] WHO/Europe recommendations on influenza vaccination during the 2012-2013 winter season Prevention and control of influenza. Recommendations of the Advisory Committee on Immunization Practices (ACIP). MMWR 2002; 51 (RR-3): 1–31.