Petrovax Pharm has won the highest awards in two categories of the contest «The Best Corporate Video 2017».

On March 16, within the framework of Moscow International Festival of Corporate Video, a  award ceremony for the winners and laureates of the contest «The Best Corporate Video 2017» was held.

This contest is held under the aegis of the Russian Association of Directors for Communications and Corporate Media. This association was established 12 years ago. The board members represent leaders in their respective segments such as Aeroflot, MTS, Russian Machines Corp., Philip Morris Sales and Marketing, HBC Eurasia, Primum, Shell, Rosgosstrakh, Uralsib, as well as MediaBusiness Publishers, and corpmedia.ru

In 2017, approx. 150 applications in 21 categories were filed with the contest host. Approx. 50 companies including Petrovax Pharm were fighting for the laureateship. 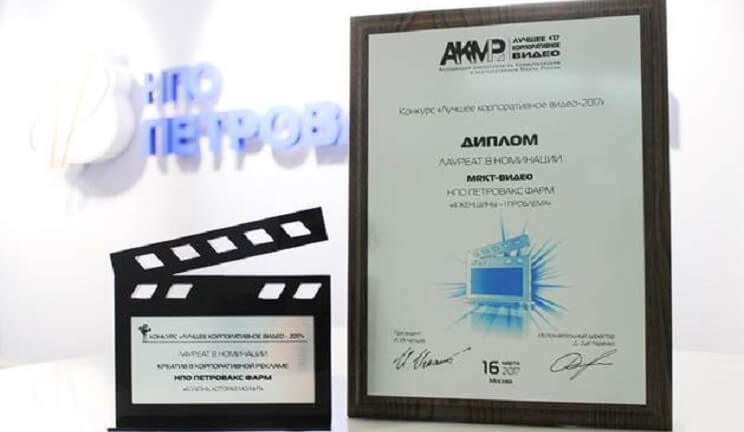