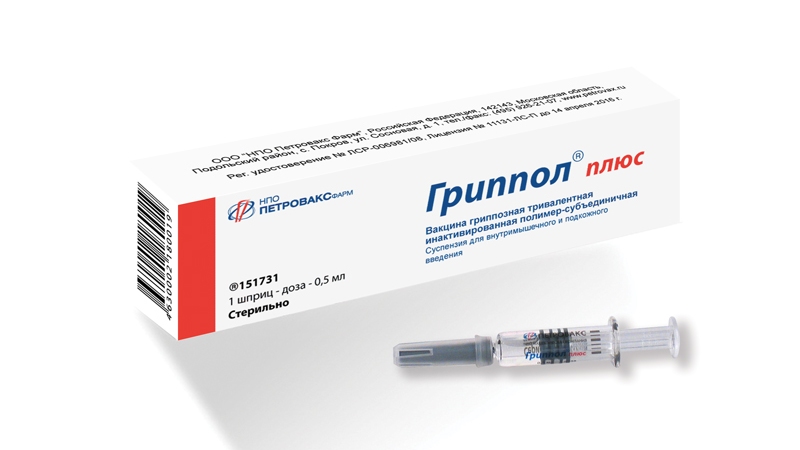 The Republic of Kazakhstan will use the Russian Grippol® Plus for the purposes of anti-flu vaccination in 2016.

In 2016, SK-Pharmaceuticals LLP, the single medicine distributor under the state-sponsored free medical care plan, will purchase the Russian Grippol® Plus anti-flu vaccine.

Following a government tender, Petrovax Pharm was selected as a supplier of the full volume of anti-flu vaccine for Kazakhstan citizens eligible for mandatory free vaccination, including children from six months of age, pregnant women, health care workers, people aged 60 and over, for the 2016–2017 epidemiological season.

This is a well-deserved recognition of the efficacy, safety, high quality standards of the Russian-made vaccine and yet another step forward in the development of export potential of Russia’s immunobiological industry. Importantly, this is the first time Kazakhstan has purchased a Russian vaccine. Previously only anti-flu vaccines from countries outside the former Soviet Union were supplied.

Today, Petrovax Pharm exports proprietary immunobiological medicines to 11 countries. With Petrovax Pharm-engineered Grippol® and Grippol® Plus extensively used in Russia and EurAsEC countries for over 20 years, the company is successfully competing in international markets and developing its export business. In addition to Kazakhstan, Grippol® Plus is now registered in the Republic of Belarus, Kyrgyzstan, Iran, Georgia and Moldova. Besides, as part of its international cooperation efforts, the company has completed a full-cycle production localisation project in Belarus in 2016. A similar project will be implemented in Iran until 2019. The company also plans to have its products registered in more than 10 countries covering South America, the EU and Southeast Asia.

Grippol® Plus is a Russian latest-generation adjuvanted subunit preservative-free inactivated influenza vaccine used for flu prevention in adults and children, including babies starting from 6 months of age, pregnant women, and people with chronic somatic diseases. The strain composition of the vaccine for use in the upcoming influenza season is changed annually as per WHO recommendations. In addition to highly purified antigens, the vaccine contains Polyoxidonium® immunoadjuvant evoking a strong immune response and making vaccination safer thanks to a lower viral antigen content. It is made at a modern production facility in compliance with Russian and international GMP standards. Due to its strong efficacy, high quality and safety profile, Grippol® Plus is extensively exported to a number of CIS countries such as Belarus, Kyrgyzstan, Kazakhstan, and also to Iran. In addition, 2015 saw the Belarusian Ministry of Health and Belmedpreparaty sign a 10-year strategic partnership agreement to localise production of the anti-flu vaccine in the Republic of Belarus. In 2016, Petrovax Pharm and two Iranian companies – Sobhan Recombinant Protein and Arvin LTD – signed a trilateral strategic cooperation agreement to localise the production of the Russian Grippol® Plus vaccine in Iran.

As a pioneer of the Russian anti-flu vaccine market, Petrovax Pharm is one of the leading manufacturers and suppliers under the National Immunisation Schedule for Russia and EurAsEC nations. For more than 20 years, Russian people have been using flu vaccines manufactured using Petrovax technologies such as Grippol® Plus and Grippol. More than 300 million people have been immunised with these vaccines. Our experience and high-tech production facilities enable us to manufacture more than 40 m doses of Grippol® Plus, preservative-free flu vaccine in disposable syringes. Since 2016, all Grippol® Plus production stages, including production of flu antigens, have been completed in Russia.