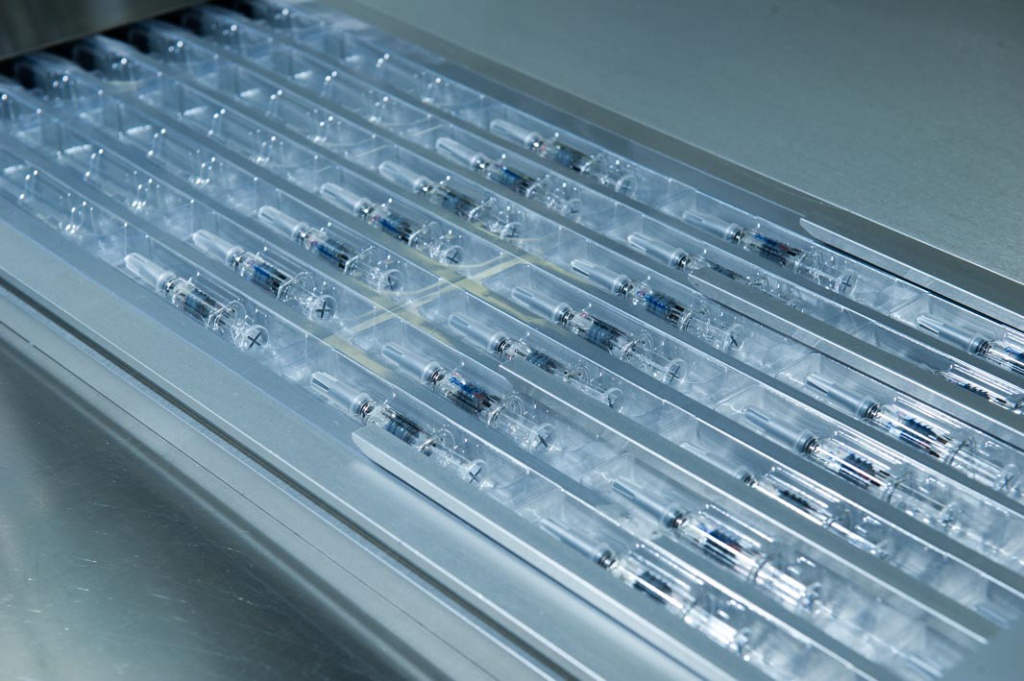 Petrovax Pharm has been authorised by the Ministry of Health to manufacture Grippol® Plus, Russian flu vaccine, using flu antigens produced by the Saint Petersburg Research Institute for Vaccines and Sera of the Federal Biomedical Agency of Russia. The two companies’ joint project is part of their long-term strategic partnership agreement signed in 2015 to develop, produce and implement advanced Russian vaccines in the national healthcare system.

Pursuant to Order of the Ministry of Health No. 125n dated 21 March 2014, children and pregnant women may be immunised with preservative-free vaccines only. This is why only foreign antigens had been used to produce Grippol® Plus until 2016. In 2015, GMP-compliant highly purified antigen production technology without mercury preservatives was successfully implemented at the upgraded facilities of the Saint Petersburg Research Institute for Vaccines and Sera of the Federal Biomedical Agency of Russia. This means that, since 2016, all of the components of Grippol® Plus will be manufactured in Russia.

Grippol® Plus is the only Russian latest-generation adjuvanted subunit inactivated influenza vaccine produced in disposable syringes in line with the GMP standards. It is highly effective, preservative-free and safe as proven by a long track record of large-scale flu immunisation of children and adults. Since 2009, the vaccine has been used under the National Immunisation Schedule for preventive immunisation of pregnant women and children from six months.

Petrovax Pharm manufactures over 19 m doses of Grippol® Plus per year at its production facilities in Pokrov (Moscow Region).

"The Saint Petersburg Research Institute for Vaccines and Sera of the Federal Biomedical Agency of Russia and Petrovax Pharm have invested a great deal of effort to upgrade the antigen production technology for Grippol® Plus within a short space of time. Obtaining all the necessary permits to produce the vaccine by the beginning of the 2016–2017 flu immunisation campaign was our top priority. The objective has been met fully in time, which is yet another proof of the high qualification of Russian scientists and engineers. Another project in the area of import substitution of immunobiological medicines and building up Russia’s pharma industry has been delivered,” said Elena Arkhangelskaya, CEO of Petrovax Pharm.

“The Russian science and industry offer a tremendous potential for creating immunobiological medicines on par with foreign peers in terms of their properties, and as regards our institute’s antigens, even outpacing competition. Teaming with Petrovax Pharm was not an easy undertaking: the criteria for antigens used in the production of a vaccine targeting children were very stringent,” said Viktor Trukhin, Director of the Saint Petersburg Research Institute for Vaccines and Sera of the Federal Biomedical Agency of Russia.

At a glance: anti-flu vaccination

According to the World Health Organisation:

Flu rate in Russia decreased by 40 times over the last 10 years of annual vaccinations under a special government programme. Timely vaccination prevents 80–90% of flu cases.

The vaccination campaigns held in Russia from 1996 to 2014 reduced the flu rate by 154.5 times. 2014 recorded the lowest level of flu incidence – 9.04 cases per 100 thousand people. Only Grippol and Grippol Plus were used from 2006 to 2015. (Source: Epidemiology and Preventive Vaccination magazine, Issue 1, 2016. The impact of annual flu immunisation on the rates of flu in Russia. Authors: Anna Popova (Rospotrebnadzor[1]) et al.)

Grippol® Plus is a Russian latest-generation adjuvanted subunit preservative-free inactivated influenza vaccine used for flu prevention in adults and children, including babies starting from 6 months of age, pregnant women, and people with chronic somatic diseases. The strain composition of the vaccine for use in the upcoming influenza season is changed annually as per WHO recommendations. In addition to highly purified antigens, the vaccine contains Polyoxidonium® immunoadjuvant evoking a strong immune response and making vaccination safer thanks to a lower viral antigen content. It is made at a modern production facility in compliance with Russian and international GMP standards. Due to its strong efficacy, high quality and safety profile, Grippol® Plus is exported to a number of CIS countries. For the first time in its history, Petrovax Pharm exported over 3.5 m doses of Grippol® Plus to Belarus in 2015, becoming the only supplier under the Republic's National Immunisation Schedule. On top of that, the Company shipped the flu vaccine to Kyrgyzstan, Kazakhstan and Iran under the immunisation programme. In addition, 2015 saw the Belarusian Ministry of Health and Belmedpreparaty sign a 10-year strategic partnership agreement to localise production of the flu vaccine in the Republic of Belarus. In 2016, Petrovax Pharm and two Iranian companies – Sobhan Recombinant Protein and Arvin LTD – signed a trilateral strategic cooperation agreement to localise the production of the Russian Grippol® Plus flu vaccine in Iran. The project supported by Iran’s Ministry of Health and Medical Education is scheduled for completion in 2.5 years. Apart from the Republic of Belarus, Kazakhstan, Kyrgyzstan and Iran, the medicine has been registered for use in Georgia, Moldova and Ukraine by now. Its registration in Uzbekistan is expected soon.

As a pioneer of the Russian anti-flu vaccine market, Petrovax Pharm is one of the leading manufacturers and suppliers under the National Immunisation Schedule for Russia and EurAsEC nations. For more than 20 years, Russian people have been using flu vaccines manufactured using Petrovax technologies such as Grippol® Plus and Grippol. More than 300 million people have been immunised with these vaccines. Our experience and high-tech production facilities enable us to manufacture more than 40 m doses of Grippol® Plus, preservative-free flu vaccine in disposable syringes, and more than 50 m doses of Polyoxidonium® substance used in manufacturing Grippol® vaccine.

At a glance: Saint Petersburg Research Institute for Vaccines and Sera of the Federal Biomedical Agency of Russia

Saint Petersburg Research Institute for Vaccines and Sera of the Federal Biomedical Agency of Russia is the oldest R&D institute in Russia, whose history dates back to 1886, when the Pasteur station was established in Saint Petersburg. The institute boasts highly qualified R&D and production teams and high-tech equipment capable of manufacturing products in compliance with the latest standards.

The research institute is a major supplier of medical, preventive and diagnostic solutions in Russia and the CIS.