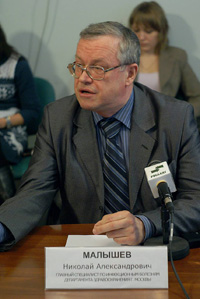 Despite the increasing influenza incidence rate, demand for vaccines is flat among Muscovites. According to the statistics given at a recent press conference by Nikolay Malyshev, the city’s Chief Infection Disease Specialist and head of the Clinical Hospital for Infectious Diseases No. 1, only 25% residents of the metropolis are now vaccinated against flu. The press conference was held at Rosbalt’s metropolitan press centre.

Andrey Fedorov, professor at the Paediatrics Department, Institute for Further Education, Russia’s Federal Bio-medical Agency, views preventive vaccination as “a healthcare sector, which is crippled in each of its limbs.” In particular, he attributes this to the negative image of vaccinations created by the media.

As Fedorov says, negative post-vaccination incidents are often viewed in Russia as being caused by vaccination even before the actual reasons become known. As a result, “the vaccination rate is very low,” the expert admits. “Many parents refuse to even consider vaccination.”

“Autumn is the best time for vaccination but it is never too late. This may even be done at the start of an epidemic,” he added, explaining that “those vaccinated are more likely to have withstood the disease by the end of an epidemic.” As Fedorov further explained, protective antibodies emerge in the organism within two weeks of the vaccination.

In addition, he urged people not to believe the damage allegedly caused by vaccines. While first generation vaccines (no longer used) were not entirely safe because of an inactivated but intact virus contained in them, the vaccines now manufactured are based on germ fragments only. “These cannot make you sick,” Fedorov emphasised. 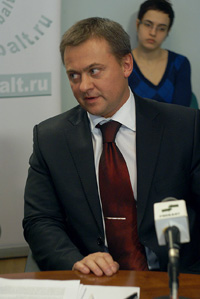 In his turn, Igor Klimanov, marketing director at NPO Petrovax Pharm, a leading vaccine manufacturer in Russia, noted that “the incidence rate of influenza and acute respiratory viral infection is 8 to 20 times lower for vaccinated children compared to those who are not vaccinated.” “We teach the immune system in advance to fight the virus. That is why the result for the organism meeting a virus, even though it is infected by it, is either no disease at all or a mild textbook case,” the expert explains.

Addressing the preventive treatment of influenza, Klimanov said that “the epidemiological efficiency rate for Petrovax manufactured drugs has reached 95%.” For instance, “Polyoxidonium as part of the Grippol Plus vaccine affects the core elements of the antiviral protection system while decreasing the risk of influenza and acute respiratory viral infection by three times,” Klimanov assured listeners, adding that the vaccination is effective even at the start of an epidemic. According to him, the Russian manufacturers solved the task set by WHO for the pharmaceutical community, having achieved a quick immune response without overstressing the immune system.

The speaker clarifies that immunisation is a must for pregnant women as well as those with chronic heart, lung and kidney diseases as influenza may cause a heart or apoplectic attack in those cases. The only absolute counter-indication is an allergic response to egg white albumin.

Answering the journalists’ questions on arguments of vaccination opponents, Klimanov stressed that “the majority of those people are not, in any way, specialists in immunology and preventive vaccination.”