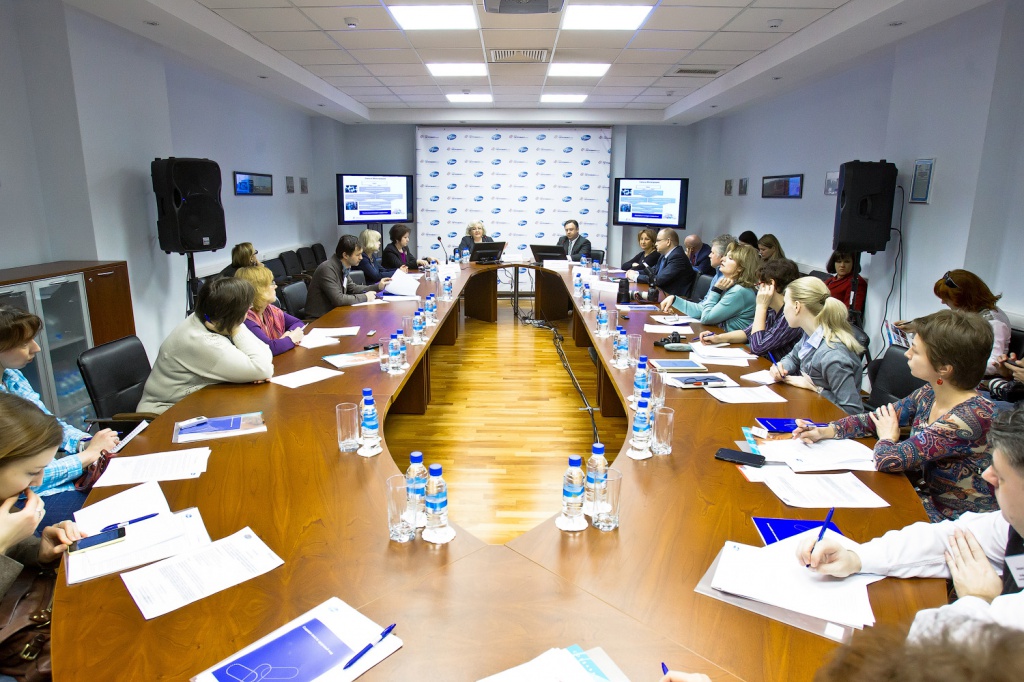 On 26 March 2014, NPO Petrovax Pharm ran a media tour for key business and industry journalists at the Company's production site in the Podolsk District of Moscow Region. The journalists were taken on a tour around the unique facility where 13-valent conjugate pneumococcal vaccine is produced.

“Pneumococal infection is of top priority for the Russian healthcare given the prevalence and severity of the disease and high risk of disability and mortality, especially with infants. That is why we view it as an important milestone for the Russian healthcare that a government decision was made to update the National Vaccination Calendar by introducing a mass anti-pneumococcal vaccination from 2014”, said Natalia Puchkova, the First Deputy CEO of Petrovax Pharm. “Innovative vaccines produced locally will contribute to the affordability of preventive vaccination against dangerous diseases for Russians and will facilitate the development of technologies used by Russian manufacturers. The Petrovax/Pfizer joint project to localise the vaccine is a response to the goals outlined in Russia's 2020 Pharmaceutical Industry Development Strategy and a contribution made by the partners to upgrading Russian healthcare system. Our production capacities can cover 100% of the country's demand for pneumococcal vaccine under the National Vaccination Calendar”, said the speaker.
In her speech Ms. Puchkova noted also that production of a 13-valent conjugate pneumococcal vaccine is one of the most sophisticated biotechnological production processes worldwide requiring appropriate technical facilities and highly-skilled personnel. “Petrovax Pharm meets these requirements and has been one of the first Russian companies to engage in such a challenging and responsible task. As part of the joint project with Pfizer started in March 2011, a unique full-cycle production technology was transferred in compliance with the Good Manufacturing Practice. No vaccines of such class are being produced elsewhere in Russia currently”, said Ms. Puchkova.

Leon Kogan, Pfizer's Senior Director for Business Development in Russia, emphasised that localising production of the 13-valent conjugate pneumococcal vaccine at the Petrovax site in the Moscow Region is a strategic task for Russia, as well as for and Pfizer and Petrovax Pharm. “It is indeed an innovative technology for producing an unparalleled innovative product”, said Mr. Kogan. “Technology transfer is a complex multi-component process encompassing more than just installation of equipment per se. It involves also a world class quality management system that has been fully implemented already. The methods of product quality control have been successfully transferred to the Petrovax production site, with their validation also completed.  It involves Russia's first advanced RDM (Rapid Deployment Module) system to come on-stream to automate the formulation process. And, of course, it is about training highly-skilled personnel and investing into human capital. While transferring this technology, Pfizer trained approximately 60 Petrovax employees with eight of them trained in the USA”.

Fatima Abazova, Head of Innovative Medicines for Pfizer Russia, noted that the 13-valent conjugate pneumococcal vaccine is used in 100 countries worldwide for active immunisation of babies older than two months and adults to prevent invasive pneumococcal diseases (meningitis, sepsis, bacteriemic pneumonia), pneumonia and acute otitis. In Russia, the 13-valent conjugate pneumococcal vaccine has been used since 2009, with over 50 thousand babies vaccinated across 49 Russia's regions. The economic analysis of PCV13 usage in Russia showed that the vaccine is capable of preventing 13.8 fatal outcomes of pneumococcal infections per 100 thousand vaccinated babies in the vaccinated group and 171.1 fatal outcomes in the non-vaccinated group. Besides, up to 29% of all pneumococcal otitis and pneumonia cases in under 5 year-olds are caused by serotypes 19A, 6A and 3 to be found only in the 13-valent conjugate pneumococcal vaccine produced at the Petrovax's state-of-the-art production site in the Moscow Region in disposable syringes which are very convenient for use, said the speaker.

After the briefing, the journalists were taken on a tour around the state-of-the-art production and warehousing facilities of Petrovax Pharm, where they could see how a modern pharmaceutical company operates in line with the Good Manufacturing Practice and how medicine is dispensed into disposable syringes at the final production stage.