On February 14 to 17, the World Trade Centre in Moscow hosted the 17th Summit of Paediatricians of Russia.

The nation’s leading paediatric forum, organised by the Union of Paediatricians of Russia, was attended by over 300,000 prominent professionals from Russia and other countries, welcoming physicians, scientists, and other healthcare professionals from across Russia, along with WHO representatives and physicians from leading paediatric hospitals in Europe, U.S., and Asia.
The opening ceremony was traditionally held at the Council Hall of Moscow’s Cathedral of Christ the Saviour on February 14. The opening speech was given by Alexander Baranov, Chairman of the Executive Committee of the Union of Paediatricians of Russia, Chief Paediatrician of the Ministry of Healthcare, Director of Scientific Centre of Children’s Health, Member and Vice President of the Russian Academy of Medical Sciences, and Vice President of the European Paediatric Association.

Speakers on key subjects of healthcare and vaccination of children were Gennady Onishchenko, Chief Sanitary Doctor and Head of Rospotrebnadzor (Russian consumer protection watchdog), Professor Elena Baybarina, MD, Deputy Director of the Research Centre for Obstetrics, Gynaecology, and Perinatology, Chief Consultant Neonatologist at the Ministry of Healthcare.
During the opening ceremony, the organisers announced the winners of competitions run by the Union of Paediatricians: Best Paediatrician 2012 and Best Paediatric Nurse 2012.

The scientific part of the Congress had begun before its official opening. Master classes on allergology and clinical immunology, paediatric rheumatology, nutrition (for both healthy children and children diagnosed with medical conditions), paediatric gastroenterology and hepatology, clinical laboratory diagnostics, and paediatric surgery.

How to vaccinate children from risk groups? Is there an effective and safe flu prevention strategy during pregnancy? Can children receive combined vaccines from the national vaccination schedule? These and other questions were answered by Russia’s leading experts on vaccination. 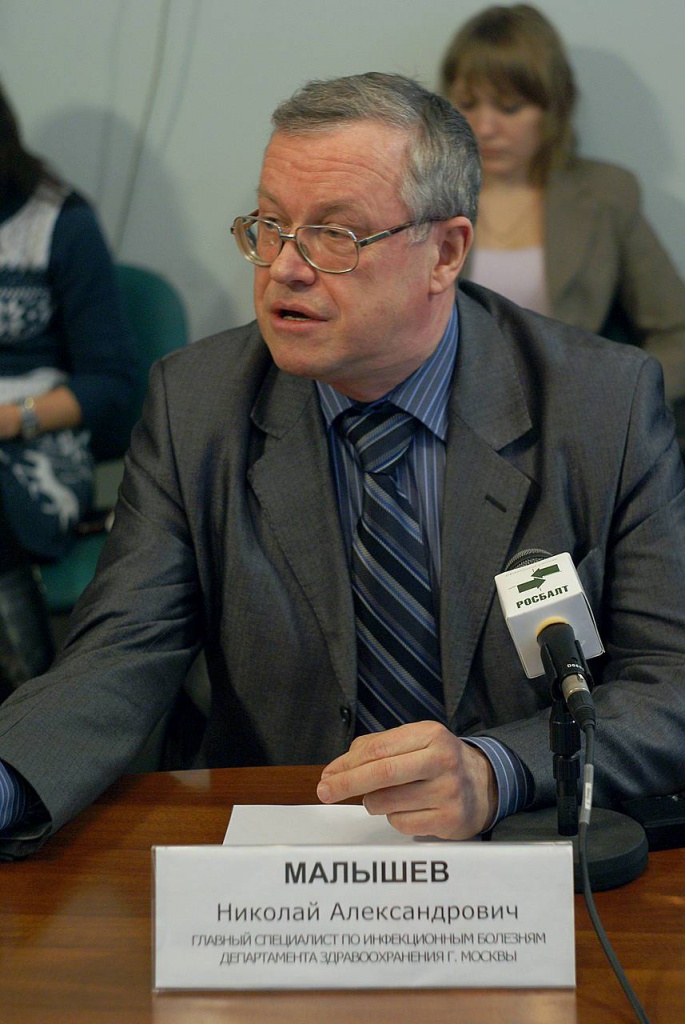 “Given the current incidence rates for acute respiratory viral infections and influenza in Moscow, we can talk about an epidemic here,” said Nikolay Malyshev, Moscow’s Chief Infectious Disease Specialist. “Between February 4 and 10, the incidence rate went up by 6.5% compared to the preceding week. A total of 104,544 cases of acute respiratory infections and flu were registered, including 60,676 cases among children, who made up 58% of the total incidence rate.” According to Nikolay Malyshev, as at January 21, Moscow had vaccinated 2,746,022 people as part of a national project, including 819,000 children. “Since 2009, the national vaccination schedule has been using Grippol® Plus, a vaccine that has proved highly effective and safe against flu. Its components cover all types of viruses, ensuring 100% protection to everyone who has been vaccinated,” Nikolay Malyshev said. 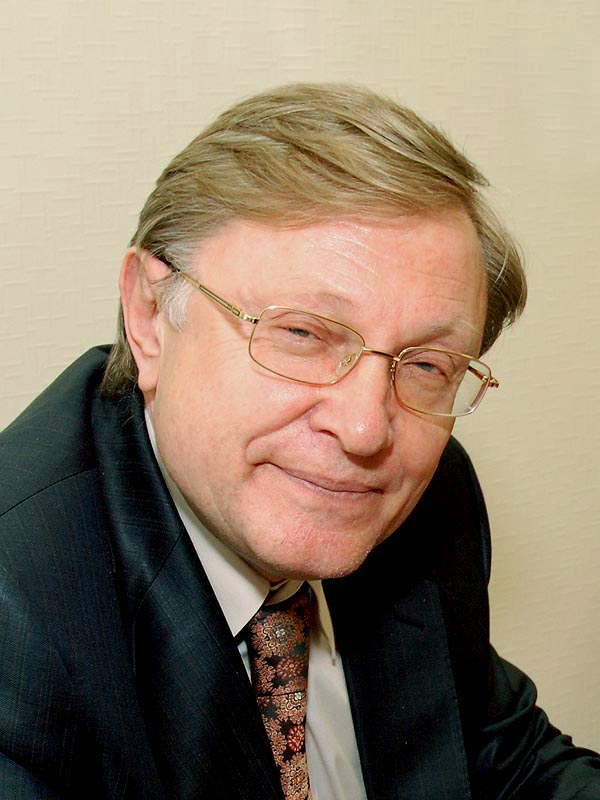 “Flu is especially dangerous for infants aged 0–3 years. In this age group, 18 to 40% of those diagnosed with flu develop complications,” said Professor Victor Romanenko, MD, Deputy Chief Doctor of the Centre for Hygiene and Epidemiology of the Sverdlovsk Region. In his report, he cited clinical data and recommendations on vaccination of infants aged 6 months to 2 years. The vaccination practice gave data pointing at the high immunogenic power and low reactogenicity for two-shot vaccines. The vaccine was well tolerated, with none of the patients reporting undesired consequences, allergies, or general malaise during the entire period of observation. This gives grounds to say that Grippol® Plus is Russia’s first preservative-free inactivated vaccine recommended for large-scale vaccination of infants aged 6 months and older.

“Vaccination against flu is vital both for infants aged 6 months and older and for pregnant women as part of antenatal care,” said Professor Mikhail Kostin, MD, Head of the Laboratory of Vaccination and Immunotherapy of Allergic Diseases of the

Mechnikov Research Institute for Vaccines and Sera. “Women diagnosed with acute respiratory infections and flu during pregnancy have higher rates of premature delivery, placental insufficiency, fetal hypoxia, and toxemia of pregnancy. Their babies have a higher risk of brain ischemia, congenital pneumonia, and grave congenital abnormalities. However, despite the convincing evidence of the safety and potential of flu vaccination, the share of vaccinations during pregnancy is below 10% even in developed countries.” Given the importance of the issue, Mikhail Kostin and his colleagues ran clinical trials on 42 women immunised with the Grippol® Plus during their second and third trimesters. The results proved that the vaccine is well tolerated during pregnancy, and the babies showed no signs of impaired development during the antenatal and postnatal stages.

“The unreasonably widespread practice of medical exemptions for patients diagnosed with allergic conditions is a strong contributor to the critical increase in the non-immunised population group,” said Marina Galitskaya, MD, Immunologist and Head of the Children’s Vaccination Department of the Scientific Centre of Children’s Health. In her report, she quoted a research paper that analysed flu vaccination of healthy children and children with pre-existing allergic conditions. The nature of general and local reactions in the group vaccinated with Grippol® Plus showed no reliable differences in the tolerance of the vaccine by children of the two groups. None of the children with pre-existing allergies developed any acute conditions of their chronic diseases.
Given the above, the frequency, intensiveness, and length of clinical reactions to the vaccine show that Grippol® Plus has low reactogenicity and is safe for patients with allergies. 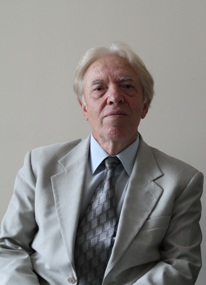 A report made by Professor Ivan Balabolkin (Scientific Centre of Children’s Health), Associate Member of the Russian Academy of Medical Sciences, focused on innovative approaches to preventing and treating respiratory infections in children diagnosed with respiratory allergies. “Today, up to 50% children in developed countries are diagnosed with allergic reactions and diseases. The most common disease is bronchial asthma as a complication of flu. An effective strategy of combined therapy of allergic conditions in children is using immunomodulators. Indications for them in this group of children include a high frequency of cold and signs of suppressed immune response in patients with grave allergic conditions,” Ivan Balabolkin said. He quoted the results of clinical trials run by the Scientific Centre of Children’s Health on 93 children diagnosed with bronchial asthma. Treating them with Polyoxidonium® for 12 days (IM, 0.15 mg/kg) helped to reliably reduce the frequency rate of intercurrent infections in 72% of bronchial asthma patients, improved external respiration and immune response parameters, and reduced the persistence of infectious agents. According to Ivan Balabolkin, the high effectiveness and good tolerability of Polyoxidonium® make it suitable for children with allergic diseases, including bronchial asthma.

Part of the Congress was an exhibition of innovative medications, vaccines, antibodies, diagnostics and laboratory equipment. NPO Petrovax Pharm was actively involved in the exhibition, offering visitors the latest information on anti-flu and immunomodulating drugs and an expanded list of Grippol® Plus indications in infants aged 6 months and older.

In 2013, the paediatric community is celebrating the 250th anniversary of public paediatric healthcare in Russia. To mark the occasion, the Union of Paediatricians is launching new exciting projects, including a new paediatric website to coordinate fundamental and applied research in paediatrics, further development of international programmes for medical training of paediatricians, special training programmes for n paediatric urses, social activities for patients, and many others.