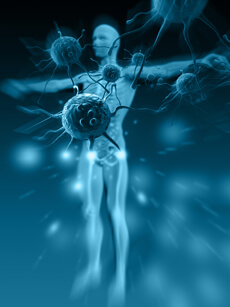 Immune system cells may be compared to an army that protects from enemies, both foreign and domestic, i.e. infectious agents that long to invade human organism, and do harm.

Immunity is a complex of body responses to protect from genetically foreign objects, i.e. bacteria, viruses, fungi, protozoa, and those own cells that have died or changed genetically, as well as from harmful substances produced by these objects. These foreign objects are called pathogens. 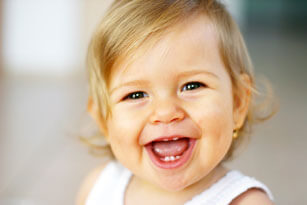 Throughout one’s life, immunity provides for: 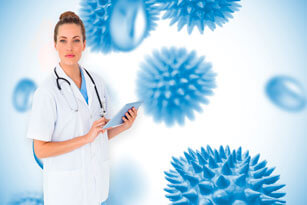 Currently, there are two immunity types known that work in a different manner to clear pathogens, i.e. non-specific (or innate), and acquired immunity.

Non-specific, or innate, immunity is a standard response to organism invasion by any harmful agent. This inborn protection system is unchangeable, and its efficacy has been tested in the evolution process. But innate immunity has weaknesses: it is unable to recognize an “enemy” in person, and responds to different pathogens in the same way. The first organism protection line is formed by skin and mucosa as well as mucous secretions, saliva, and gastric fluid. The main task at this level is to prevent the enemy invasion. If a pathogen penetrates inside the organism, inflammatory response activates immediately.

Inflammation is tissue response to infection or damage.

The inflammatory process involves plasma proteins, i.e. the complement, and cytokines. The complement is a number of plasma proteins entering a series of cascade chemical reactions in response to infection. This is a multistage signal system of a kind that marks foreign microorganisms, and attracts special pathogen killer cells to the infection site.

Phagocytes are large leukocytes that consume and literally digest microorganisms and other foreign particles. This process is called phagocytosis. Phagocytes are most sensitive to complement- or antibody-marked microorganisms (these particles are already part of adaptive, or specific, immune response). Besides the cells that attack the invaders in response to alarm, specific leukocytes, or NK-cells, are regularly present in the blood flow. They target malignant and virus-infected cells. Innate immunity quickly activates at early infection stages. Its protective mechanisms may contain pathogen distribution in the body, but it has limited capabilities for removing foreign particles, and these capabilities remain the same in case of reinfection with the same pathogen. Therefore, the third protection line is usually required to fight infection, i.e. the adaptive immune system (acquired immunity).

Adaptive (acquired) immunity develops after the first encounter with a foreign agent. Its main properties are specificity, and immune memory.

Specific immunity mainly relies on lymphocytes that are specialized leukocytes residing in the lymphatic system. Lymphocytes are characterized by a very long lifecycle — several years to decades. There are three lymphocyte types: B-cells, T-cells, and natural killers.

For adaptive immunity development, a specific target is required, i.e. an antigen. An antigen is a substance (usually a large molecule) that activates immune response. A microorganism generally has many antigens, e.g., surface structures, such as cell wall components, capsular polysaccharides, flagella etc., or extracellular proteins, such as toxins or enzymes produced by the microorganism.

First, B-cells produce proteins that will react with the antigen thus making it harmless. These proteins are called antibodies also known as immunoglobulins (Ig). Antibodies are highly specific, and are capable of binding only to an antigen of the same structure as the one that has initially triggered off their formation.

In the humoral immune response process, an accelerated fission of specific antigen- activated B-cells starts that results in the formation of a large number of identical cell clones, each of which can fight this antigen. B-cell antibodies are attract phagocytes killing and digesting the target antigen.

After the infection is overcome, antigen-activated B- and T-cells turn dormant, and become memory lymphocytes specific to a given antigen or pathogen. In reinfection by the same or very similar (antigenically similar) microorganism, they provide for a fast and powerful immune response. High concentrations of the antibodies required are reached 1-2 days after infection. 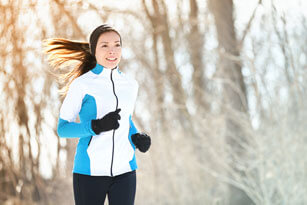 There are a lot of immunity compromising factors in modern life, such as adverse environmental effects, stresses, heavy physical activities or mental workload, excessive fatigue, and not getting enough sleep, improper nutrition and, as a result, vitamin and mineral deficiencies, protein-energy malnutrition, bad health habits (alcohol abuse and smoking), physical inactivity, chronic diseases, and non-rational use of antibiotics.

The compromised immune system causes exacerbation of chronic infections, or, on the contrary, promotes transition of acute infectious diseases into a chronic form, which further overstrains immunity, and may ultimately lead to the formation of secondary immunodeficiency (SID).

The signs of the compromised immune system are as follows:

If immune protection functions normally, the body wins over acute infections. Chronic inflammation is always caused by an immune system failure, incapacity to defeat the infectious agent, and complete the pathological process. In such cases, it is impossible to achieve satisfactory treatment results without immune system activation.

A similar situation may be observed in treatment of chronic ulcers, and non-healing wounds. Their presence signals that, for some reason, the immune system has overcome the infection, but cannot repair damaged tissues, or form an adhesion instead of the damaged tissue. In other words, the immune process fails at the final stage. Consequently, for successful treatment, it is also necessary to activate the repair mechanisms of the immune system.

Immunomodulating therapy is a therapeutic action aimed at mitigating an adverse immune reaction (including allergic, and autoimmune) together with strengthening the anti-infective immunity function. Immunomodulators are pharmaceuticals that, when used at therapeutic doses, restore the damaged anti-infective capability of the body.

Polyoxidonium is a true immunomodulator that activates all links of human immune system providing for an efficient and adequate immune response to diseases of any origin (bacterial, viral, and fungal).